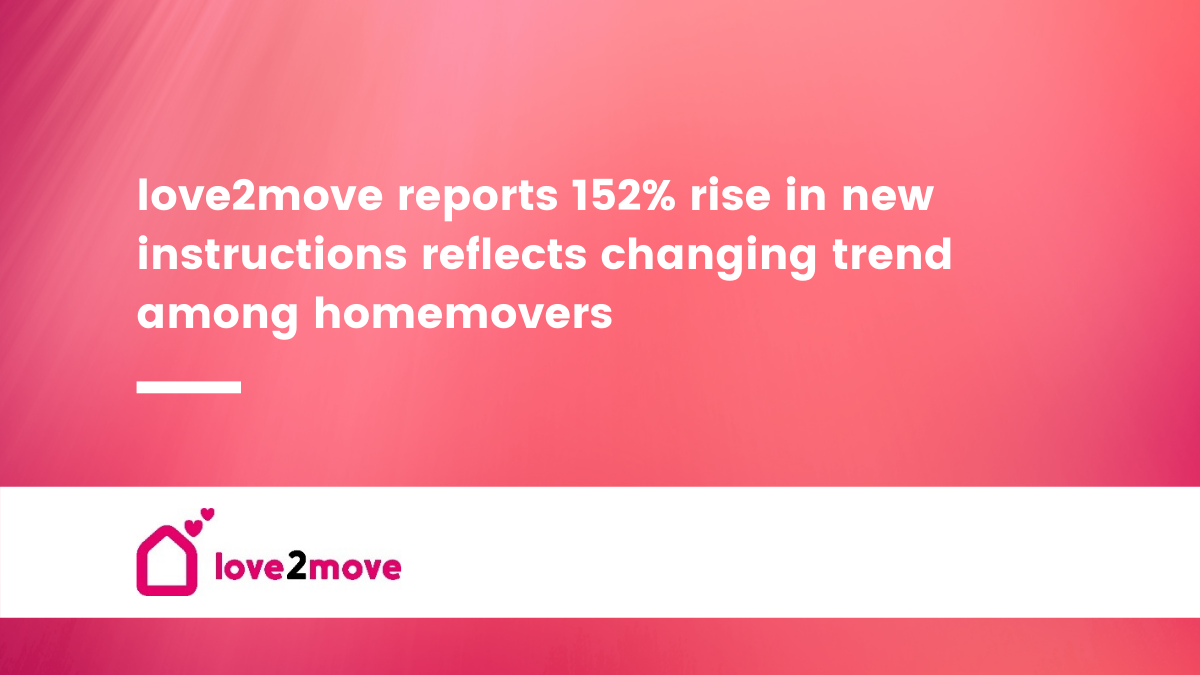 The fixed fee selling platform that allows established estate agents to offer their clients choice when selling was founded by Georgina Cox and Mark Worrall in 2017. They believe the 152% increase in new instructions, compared with the same period last year, highlights the changing demands of homemovers.

The love2move automated platform provides high street agents with the ability to offer greater choice when selling, appealing to a wider range of clients.

Its low fixed-fee service is designed for those who want to keep control of costs and retain flexibility, without sacrificing the support of property professionals.

love2move supports rather than diminishes the office-based service – with vendors paying an upfront fee of £895, of which £500 is paid to the local agent within three days.

Georgina said that one love2move agent had already received more than £10,000 in commission during the third quarter of this year.

Georgina commented “The success of love2move, reflected by the phenomenal increase in new instructions, shows that high street agents are increasingly attracted by its many benefits, which includes improved cash flow, the ability to appeal to a wider client base whilst offering a competitive alternative to internet-only agents.”