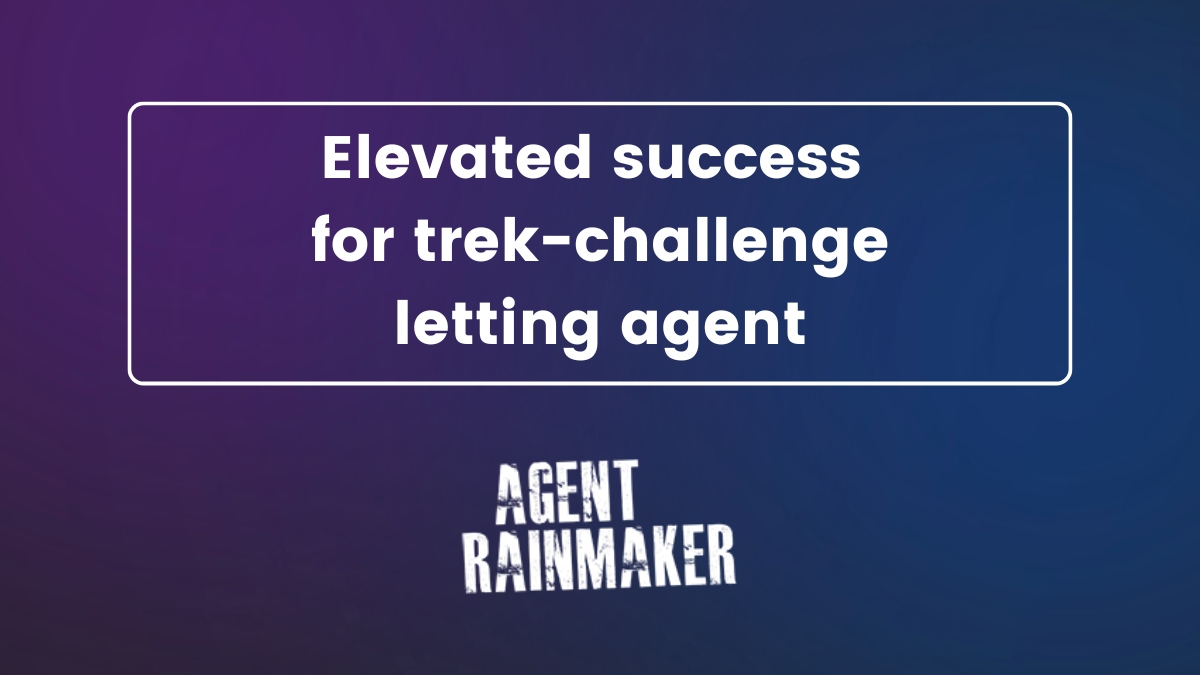 Improved ways of working gave a letting agent the freedom to reach new heights on a once-in-a-lifetime fundraising trek.

James White, branch director of Ewemove Salisbury and Winchester, along with a team of five others, embarked on an eight-day trek to Mount Everest Base Camp - so far raising an incredible £26,000 for the Knights Foundation. The charity supports disabled, deprived and seriously ill children and their families in Hampshire.

The expedition consisted of 16 challenging days, hiking through the Himalayan Mountain range, in scorching temperatures, combating the physical challenges as well as the gruelling effects of the thin air and extreme humidity.

James said: “The trek was not without difficulty. Whilst the scenery was idyllic, the conditions were much harsher – the food was poor, and made us unwell most of the time, the air was so thin, it was a task to even control your breathing when stood still. But, we raised an incredible amount of money for a local, worthwhile charity, and made some great memories along the way.”

The team flew from London to Qatar, before embarking on the adjoining flight to Kathmandu.  After taking a few days to acclimatise and overcome jetlag, they continued on their journey to Lukla, where the trek began. Lukla is believed to host the world’s most dangerous airport, due to its mountainous surroundings and short runway – on the day the team were flying, the weather was treacherous, and so a helicopter ride for this 30-minute journey was their only way in.

Having safely arrived in Lukla, they met with two Sherpas who travelled with them for the eight-day journey to Mount Everest Base Camp, consisting of 92 kilometres in total. Each day they would walk to a hostel to enjoy a short rest before beginning again the next morning. After reaching their destination, it took four days to trek back down to Lukla.

“This journey was a once-in-a-lifetime opportunity, which was only made possible due to the help and support I have received from the Agent Rainmaker Xcelerator Mastermind. The strategies I have learned and implemented into my business have enabled me the freedom of time; to spend with my family, to dedicate on improving my fitness, and to taking part in fantastic challenges like this,” James continued.

The Agent Rainmaker Xcelerator Mastermind is a 12-month programme which supports letting agents to optimise their business, improve profitability and modernise their lead generation.

Agent Rainmaker Founder Sally Lawson said: “A huge congratulations to James and his team on their amazing achievement, and on raising so much for a worthy charity. His success re-enforces exactly what setting up Agent Rainmaker was all about - sharing the knowledge and expertise to allow agents to grow their business and start focusing on other things in their life which really matter to them.

“James is a great example of someone who’s done exactly that, and I hope his achievements can inspire other agents about what they can achieve!”

With his newfound work/life balance, James’ fundraising challenges continue. Currently, he is training for a half Ironman in September, again in aid of the Knights Foundation.