It takes an industry | Kerfuffle

It takes an industry 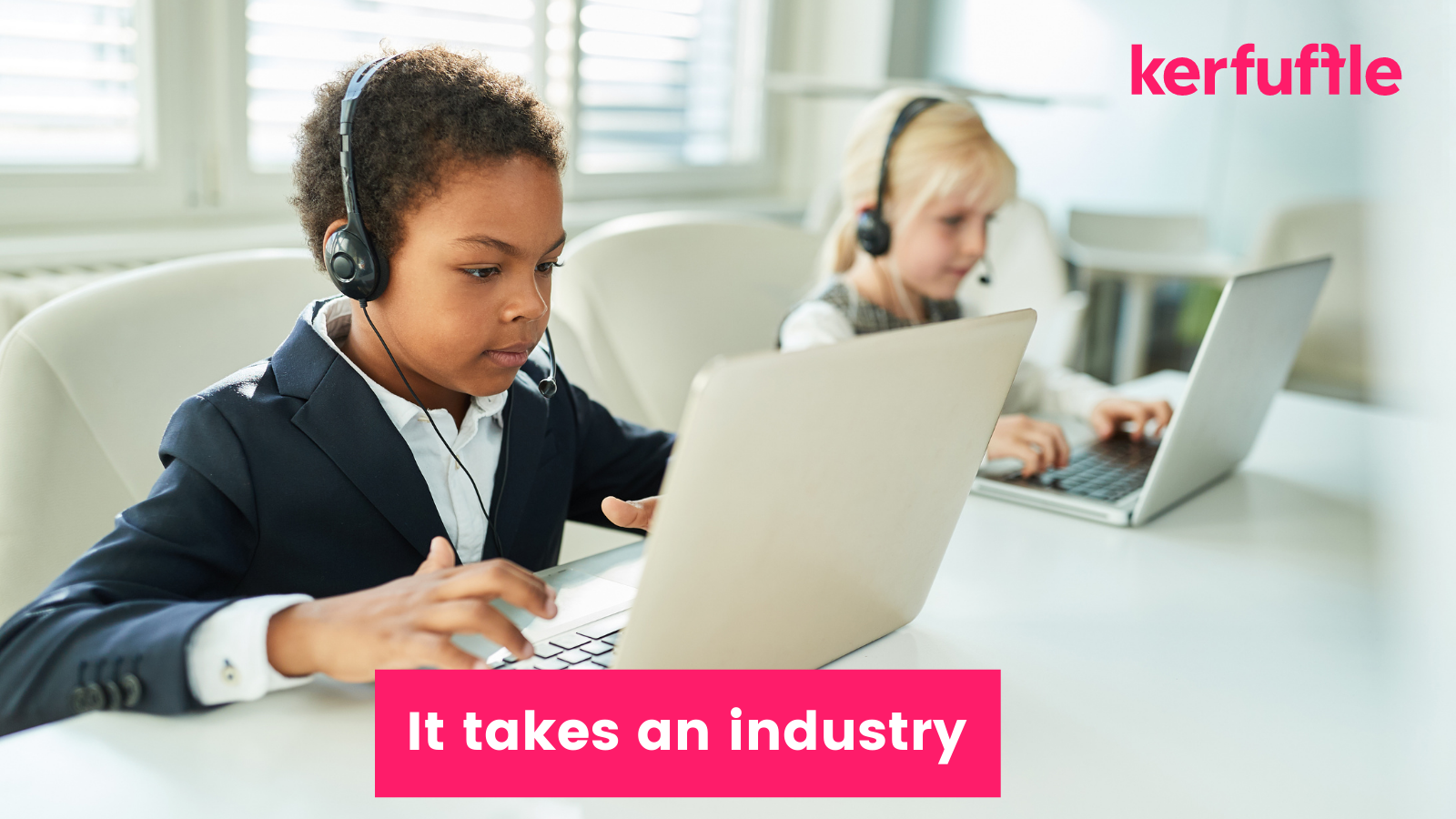 There is an old and often misquoted saying that begins “It takes a village..”and it is used in various ways to highlight that oftentimes it takes a collaborative team effort to achieve a significant outcome.

The actual full saying is that “It takes a village to raise a child”, after all what greater task can there be?

Raising children at the best of times, can be a monumental challenge. However raising children during a pandemic very quickly raised the stakes and forced parents into a balancing act, trying to homeschool their children and trying to work from home at the same time.

With all the talk of the ills of too much screen time and computer games, it is easy to assume that every child in England has access to an online device. In reality, this couldn’t be further from the truth, with thousands of children left without the correct support or equipment to access online services during the pandemic. Schools suffering from budget restraints were forced to create waiting lists for spare computer equipment if and when they became available for pupils from economically disadvantaged families.

Largely speaking, the working world was silent on this challenge, and only one industry stepped up to answer the call and we are proud to say that it was the property industry.

Led by well known industry trainer Stephen Brown, the Computers for Schools campaign which Kerfuffle are proud to be contributing to, was set up to raise funds to purchase and deliver computer equipment to the schools and families that needed them most.

To date in excess of £80,000 has been raised and hundreds of people have been helped.

Talking about what motivated him to set up this campaign Stephen said: “It upsets me so much to see the way that our industry is sometimes spoken about in the press and in those surveys that they run. The public need to know that the property industry is full of generous and wonderful agents and suppliers that didn’t hesitate to jump into action to make a difference. This does make a huge difference to the development and learning outcomes for children. I’m so proud of how our industry has come together to support this cause.”

Stephen has been recognised and won awards at the recent Agents Giving Ball and the ESTAS for his charity work during the pandemic and beyond. We are proud to support him and this fabulous initiative.

Maybe, after all, it is more apt that we should say “It takes an industry to raise a child” and we are proud that to call it our industry.

Kerfuffle makes a donation to Stephen Brown’s Computers for Schools campaign for every MOT booked by an agent in the run up to Christmas. To review and optimise your supplier tech stack whilst donating to this amazing cause head to members.kerfuffle.com/community to book your MOT today.