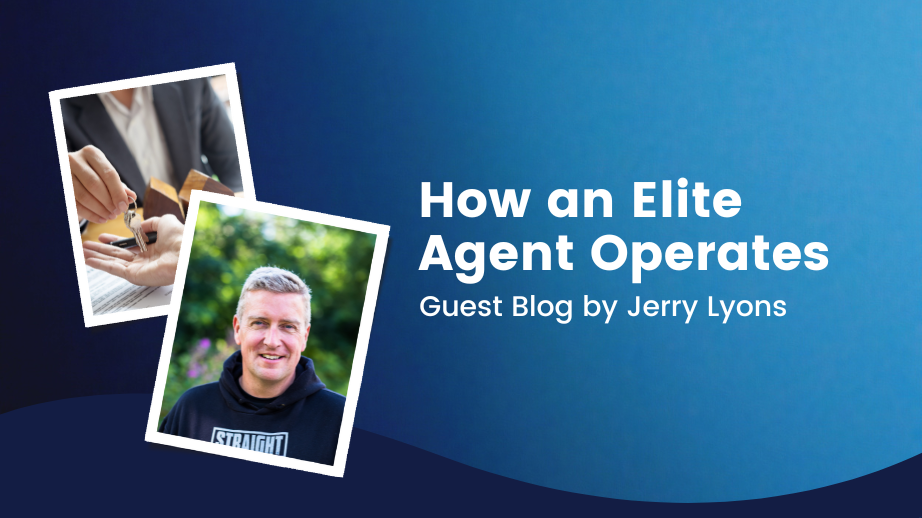 “Everyone is magical. We just need to find where that magic lies within them.”

The above wasn’t proclaimed by a motivational guru or an inspirational teacher, nor whispered by an ancient philosopher.

It was said during a conversation I had with Spencer Lawrence, Lettings Director of Paramount Properties, during my visit to the northwest London-based agency.

It was a surprising thing to hear from a letting agent, but Paramount is, as I discovered during my visit, an agency full of surprises.

For context, it has won a stack of awards over the years, is held in the highest regard by some of the industry’s brightest minds and has more than 1,130 Google Reviews – with an average rating of 4.8 stars out of five.

That Google Review ranking is worth thinking about for a second. Achieving that percentage of positive reviews as a letting agency is remarkable.

As all agents who do sales and lettings know, if you are going to get a negative review, it’s usually from a disgruntled tenant. They are clearly doing something right.

When I asked Spencer if I could visit his office and meet his team to write an article, his response was illuminating.

He said: “Sure, you’re very welcome to come, but we want the article to be candid and highlight any flaws or areas where we can improve. So write it as you see it.”

This reply highlighted three things that, during my time spent with Spencer, seem to combine to make Paramount the elite agency it undoubtedly is.

One – They trust people. Two – They are always looking to get better. Three – They combine confidence with humility.

Speaking with team members, it became clear that the company’s values weren’t just words on a wall (that said, they are prominently placed in the office’s kitchen). Instead, they are the cultural compass that guides behaviour within the office and towards people.

Be brave, be bold – An example that was shared with me was the team are encouraged to have difficult conversations when needed with owners and residents.

Lead, don’t follow – Spencer explained that they want their team to do this internally and externally.

Here are seven things I learned during my morning at Paramount Properties that other letting agencies might benefit from.

I could go on as Paramount does so much that others don’t, won’t, can’t or perhaps aren’t aware that these ways of doing things are even possible.

To summarise, I think what makes them exceptional are the things below.

They think and act like a start-up business despite being well established.

The management seems to have struck a delicate balance between knowing their numbers and understanding the importance of emotional intelligence.

The culture is one of trust, where learning is held in the highest regard and feedback isn’t treated as lip service.

An acute attention to detail is employed across all aspects of the business, from an obsession with the condition of fuse boards to how language is used and the need for any visitor to the office to be welcomed within 15 seconds of entering.

And then there are the ‘sprinkles’. These are the little touches a dedicated part of their team applies to properties just before the resident moves in. This includes ensuring everything works, any outstanding issues have been resolved and even lining up the furniture where applicable. Details. Small, delightfully sprinkled pieces.

But what stands out is that they are true to their stated values.

They are brave enough to do things differently (by leading and not following) and bold enough to realise they’re not for everyone.

Be that owners who don’t invest in their properties (they deliberately shed dozens of owners so they can focus on those who want to do the right thing), or team members who find the fast pace too quick for them (a common reason for people who leave, although many stay long term).

I’ll leave you with this little story that speaks volumes about the group mindset that starts at the top (even though the hierarchy is loosely worn).

I got to the office on a freezing cold morning at about 7.30am to be welcomed by Spencer.

At the same time, a driver turns up to collect one of their property maintenance vans and return it to the lease company.

Spencer lets him in with a smile. Then he asks the driver if he’d like to use their toilet.

Mr Driver couldn’t have beamed a more appreciative smile if you’d offered him an all-expenses paid trip to Hawaii to escape the cold.

It was clear Spencer’s tiny gesture had made this guy happy and more comfortable.

I asked Spencer how did he know the guy needed the loo. His response was matter of fact.

“He’s had to use public transport to get here, it’s freezing, and it’s the least we can offer.”

I don’t think the significance of the above actions needs explaining for them to be indicative of what this agency is about.

But just in case – it showed a level of thought, care, kindness and hospitality that, when applied to all areas of a business, help create a company like Paramount Properties.

Thanks for reading, and Happy New Year.

Visit Jerry Lyons' landing page where you will find his track record and contact details.