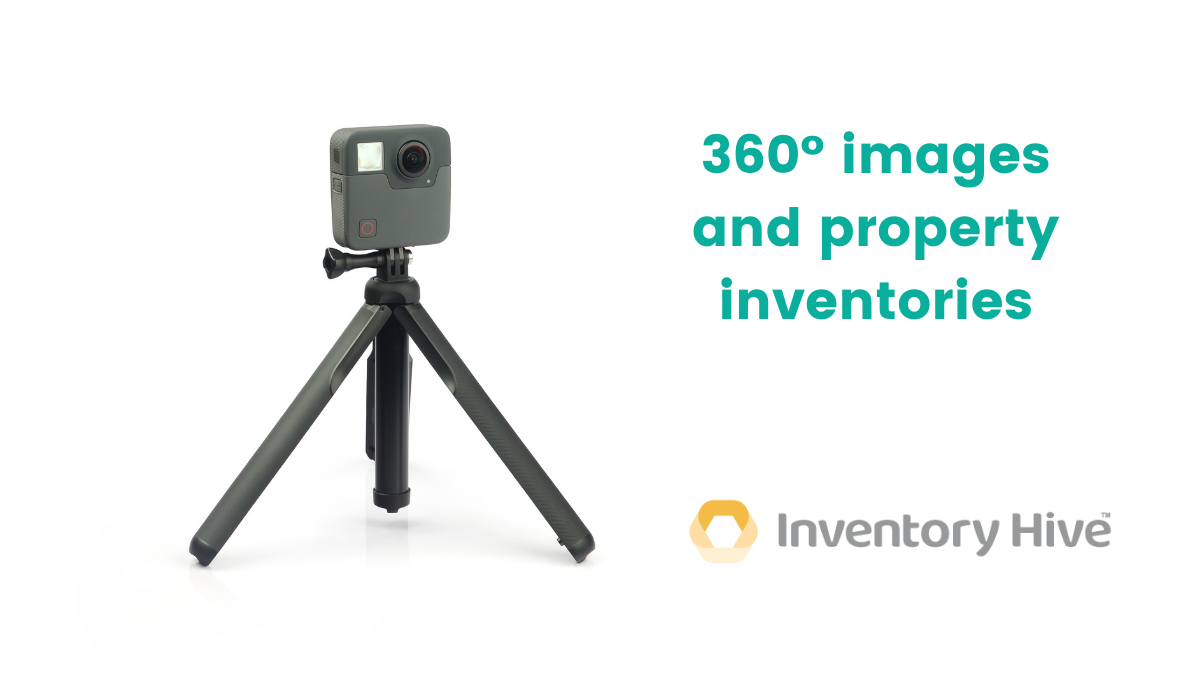 Our partners Inventory Hive often get asked questions about how practical 360° photos are when creating property inventory reports - "what’s the point when you can take hundreds of standard photographs instead?" Mitch Handley from Inventory Hive  addresses this question and many more in the following blog about 360°photography for estate agents and letting agents.

When I first started working at Inventory Hive 18 months ago, in my job interview I was told about how using 360° images was a new feature within Inventory Hive and how it was a game-changer for the property reporting market. I must admit I was scratching my head initially, but then when I used one of the compatible 360° cameras to create a report the penny dropped. I realised it drastically reduced the need to take endless overview photos in each room, which saved time, whilst also enabling me to capture the whole perspective of the room.

I’ll cover more from a practical perspective in a moment, but from an adjudicators point of view, 360° images are extremely useful.

So, using a 360° camera is much easier than you think, but why is it more practical?

Well, it’s actually an opportunity for you to spend much less time at the property conducting your inspection report. 360° images allow property managers/clerks to spend less time inside the property, as they can take 360° and standard photos and navigate the room later from their desktop browser to complete the details from the comfort of their office or home.

We make it very clear that the item description should also concentrate on the condition and cleanliness. For example, saying ‘Door with handle’ alone is useless in the event of a dispute. To be more specific, 360°s add a lot of value at check-out when demonstrating: items left behind; items missing; location of damages; unauthorised redecoration etc. We strongly advocate the use of the written word and standard photos alongside 360° images. We don’t suggest that 360°s negate the need for standard photos by any means and we always encourage our users to take snaps of commonly disputed items within the inventory (e.g. ovens, hobs, sink, toilets etc).

Also, it reduces the need to take lots of standard photographs. I mentioned earlier on not to neglect standard photographs, but 360° images of a room literally capture everything, so there is no need for you to outline in your check-in report details such as the colour of the walls, the number of light fittings and the colour of the carpet etc, when the 360° image already captures that information. This just leaves the property manager/clerk to record the general condition of the room and then detail any damages and defects. There is no point capturing standard images of the door frame and skirting in a good condition when your written word has outlined that, and the 360° has already captured the evidence. Here is a link to a check-in inventory that has been created on Inventory Hive using a 360° camera.

After a few months, it then hit us that using 360° photos when creating your inspection reports was actually killing two birds with one stone. We didn’t realise and it was staring us right in the face. It was only until the Covid-19 pandemic hit that virtual tours started to take off and this was becoming the go-to asset for allowing visits of properties to take place virtually. We came up with an idea of where you can convert your 360° images from your inventory reports and flip them into virtual 360° tours for marketing purposes, at a click of a button. The reason this saves you lots of time is because it means you don’t have to travel back to the property to re-take your photos. You already have the images from the inventory report you have created. Tom, in our Youtube video, definitely benefits from this feature.

I would certainly say give it a try and find out for yourself how using 360° cameras in your inventory reports is the next step to property reporting.

You can find out more about Inventory Hive here.