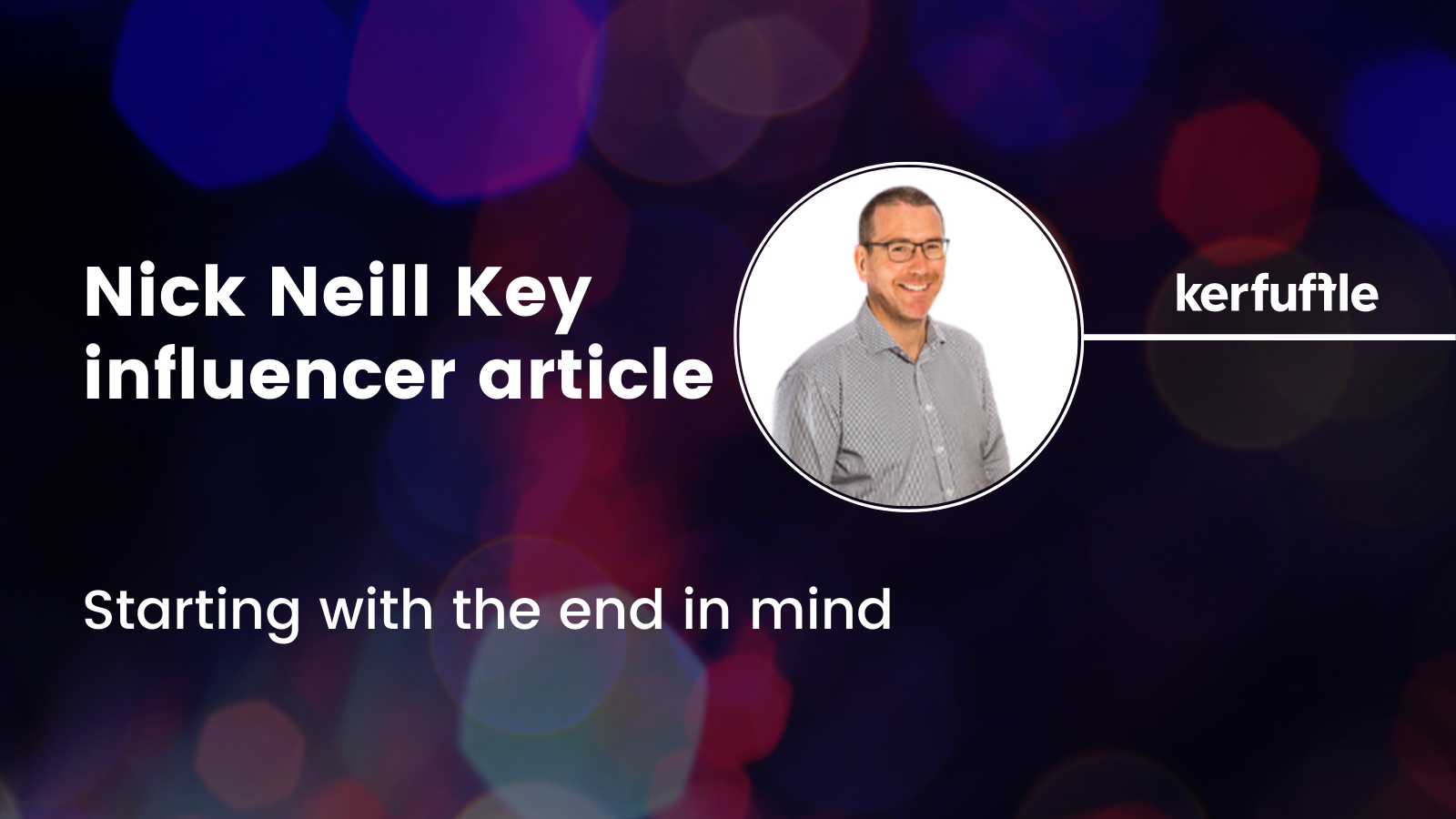 As part of my ongoing series of articles answering the most common questions I get asked about the EweMove opportunity, this week, I get to grips with contracts and end goals.

I was reflecting at the weekend while sitting in my garden after an off-road bike ride which saw me test the durability of my knees (I came off twice). And while soothing my aching joints, I began thinking about my journey with EweMove. Before I became the franchisee for York in 2014, I had plenty of questions that needed answering before I committed.

And talking of commitment, a key question was how long I was signing up to become part of EweMove? One of the things that appealed to me was how simple it was. An initial five-year contract with a break clause built-in after two years. That clause gave me the security and knowledge that we could always assess things and walk away if needed, if it didn't go to plan. In the end, it wasn't necessary as the business went from strength to strength.

According to much of the financial data out there, most new start-ups can gauge if their company will be financially viable only after 18 months of starting. And EweMove put the two-year break clause in as an opportunity for anyone who had started but felt they were not best placed to reap the rewards to walk away when the period kicked in.

One of the biggest mistakes people who invest in franchises make is that they do not start with the end in mind. Of course, a solid, fair and transparent contract is one of the fundamental starting blocks.

But I believe it's also important to think ahead and consider exit strategies and to ask any franchisor what help they provide to you if / when you want to sell the business.A bad franchise 'opportunity' is often a glorified job – a good franchise gives you the support and scope to build a business that you can sell on.

EweMove falls into the latter category. You may think, 'well, Nick, you're bound to say that,' but I speak from experience having sold our franchise to the wonderful Jonathon Dawson, who is continuing to build on a successful business - now his own and one that gives him plenty of options.

EweMove gave us a wide range of support when it came to selling. However, one of the biggest strengths of brands that operate under The Property Franchise Group umbrella is that they have brilliant training to help franchisees acquire lettings portfolios.

And as I'm sure you're aware, agencies with good, solid lettings books sell for more than ones with only a sales offering and goodwill.

So, in summary, if you are thinking of investing in a franchise, don't just ask about the initial contract length enquire about the support you'll get to grow the business and when the time comes, the help and guidance available to successfully exit with a sale.

Thanks for reading, and if you have any franchise questions, please do not hesitate to message me.