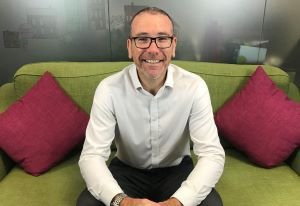 Nick has a strong background in Customer Service, Sales, Operations and Marketing, drawn from experiences mainly in financial services with high profile brands including First Direct - the first telephone bank in the UK which launched in 1989. This period firmly planted the seed in Nick's mind of doing things differently with the purpose of doing them better and developing processes built around the needs of the customer and the customers' experience, rather than forcing a customer to bend to the inefficient will of an organisation!

After 5 years at First Direct, Nick went onto build the strategic development of a regional building society and earned an MBA before moving into B2B account Management with First Data. Initially in the Charity payment processing space and then into corporate relationship management working with the likes of Santander, CitiBank, RBSG and others looking after their outsourced credit card programmes.

He became an estate agent - as one of the very first EweMove franchisees!

He started as a franchisee in 2014 and grew his York business to a Top 10 Player in the town in just 3 years, achieving one of the lowest levels of price reduction, fastest sale times and highest values achieved against asking price of any agent, helping EweMove to gain and retain its No.1 spot on Trustpilot as the Most Trusted Agent in the UK.

In June 2017, Nick became MD of EweMove and remains one of the biggest EweMove fans around.
With Nick’s wealth of experience in Sales, Marketing and Operations, he is focused on building EweMove into a 'household name' agent as EweMove continues to take the UK property market by storm. 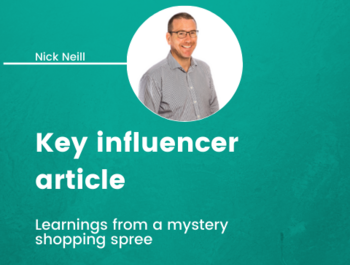 They Ask You Answer by Marcus Sheridan

The Five Dysfunctions of a Team by Patrick Lencioni

Three Sheets to the Wind; One man's search for the meaning of Beer by Pete Brown

"Do your best until you know better. Then do better." - Maya Angelou