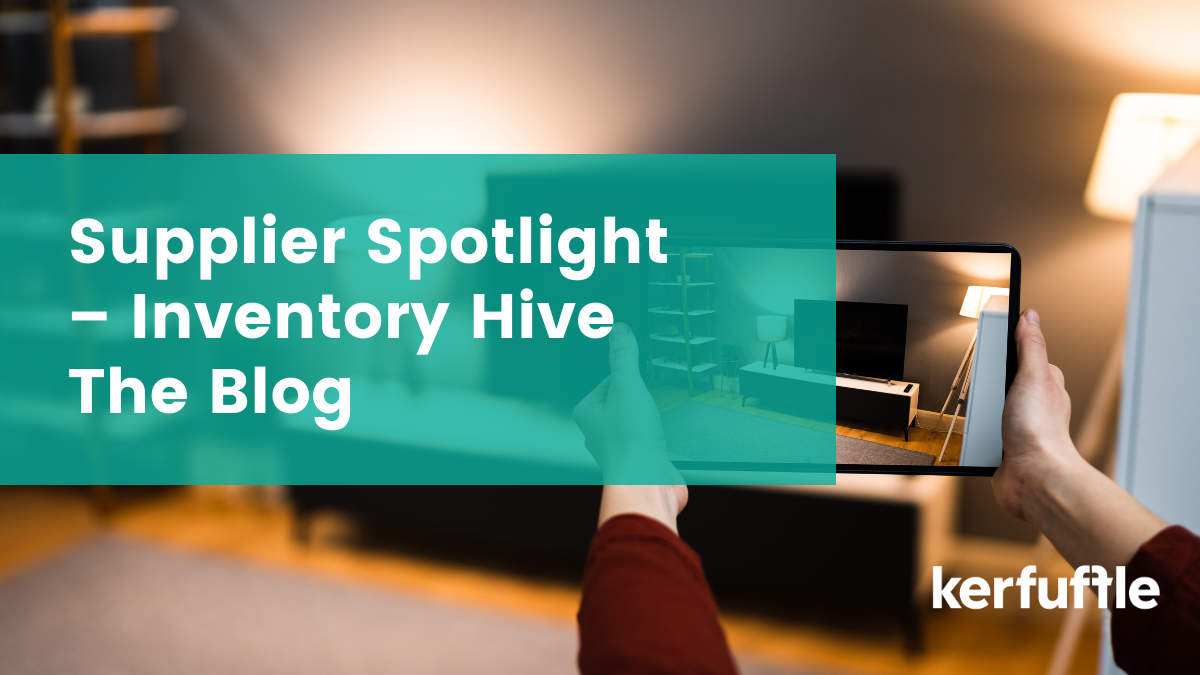 Richard is the founder of inventory hive (a cloud-based software) and is responsible for overseeing the ground-breaking innovations released into the property reporting and 360-degree virtual tours market. The goal was to create remote paperless workflows with integrated audit trails that are fair for letting agents, property managers, and tenants alike.

“360 property tours have been around for a while, but they are quite expensive”

“The 360 technologies, we have been playing around with it for about 3 years and for a couple of years, our app (on IOS and Android) directly integrates with a couple of manufacturers, Richo, Theta and insta 360, they produce some really great devices, brilliant results and you know an entry-level one of those is like £270. The beauty of that of course with that kind of device is that you could perhaps have 2 or 3 in an agency with a portfolio of around 700-750 properties and not break the bank”

You don’t really need to break the bank, obviously, there are much more expensive devices but let's be real, the vast majority of people that engage with a virtual tour whether it be someone looking to buy a house, a resident on bill to rent or a tenant with a letting agency, 9 times out of 10 they're viewing it on their phone.... same *thumbs up*. What this means is you don’t NEED a high-definition tour, and you won't need to break the bank, if you can get a sense of scale and location, you don’t really need anything else.

360 tours are more efficient for companies because with making a video you must stop and start recording, then the editing..... sounds like a drag to be honest, but with the 360 tours you're almost in control, you can look at any part of the property and probably in more depth than you would with a prerecorded video.

“What makes your tools different from the others”

“The main thing for us in terms of that, the results are great, the subscriptions are Straight forward, we offer the versatility whether you’re in sales or whether you're in letting a really nice point here to know is if you do an inventory using a 360 image today and then the tenant moves out in say 6 months' time, you can flip that into a tour and you don’t have to go back.”

Seriously go have a look...

“Is this method still as time-consuming?”

Nope... not anymore, it used to. Maybe going back 4 or 5 years to the original Ricoh cameras, it was lovely to do a 360 tour but let's face it. It could be a little finickity to set up and time-wise you'd often think “ill allocate an hour to this” but you'd end up spending 2 or 3 and that time has now come right down.

Let's also not forget that most of the standard residential properties range between 2 and 4 bedrooms and unless you’ve got an L-shaped room or literally just a massive space, each room only needs one snap. One quick snap and straight to the next room, meaning you can finish with a standard 3-bed property in no more than 15 mins. (if you have some time and want to add some hot spots on the app then great)

Now that’s efficiency (and you can sit in your office with a cup of tea) and good for reducing exposure, also you're not really bothering the clients... nice

“How do you deal with properties that have personal possessions in them?”

These are images of people's homes and agents need the proper permissions to be able to use those and display those to the members of the public.

You shouldn’t try to conceal an area of the property because it doesn’t look great.

Communication is key - if you have a bill on the fridge or a family photo it's always a good thing to be able to say “look if you don’t want your personal pictures or any sensitive information to be shown on tour, if you want to just take them down temporarily” it's about having that prior communication.

“Is there a lot involved with using the cameras and equipment, how quickly could I get my agents up and running?”

“We recorded a webinar on this and are going to be doing live webinar events over the next week and during those events we essentially give them a download link with some 360 photos in a folder if they haven't got a camera and they just out of curiosity want to have a play, they can download the files, watch the webinar (or a recording of the webinar) and then pause it, go in and have a little bit of a play, add the stuff in and all in all including the intro it takes about 20 minutes to show somebody how to add a tour, add some hotspots and then publish it”

“This is a little complex, but I suppose the only bit that people would need to be aware of is if their camera is not responding, this is a delicate one though because we OBVIOUSLY don’t manufacture the cameras, but we know if ever it is playing up there are some simple things, it's usually a case of turning it off and on again or making sure you haven't used up all the data”

Hello IT, have you tried turning it off and on again? (Trust me this works for about 90% of all computing problems)

“Presumably you're encouraging agents to use this for mid-term inspections as well as check-in and check-outs, what are your top tips?”

The best use (IMO) for 360s and inspections is inventory, check-in, and check-outs, not a fan of doing it for interims purely for that GDPR piece really. I don’t think there is a right and wrong, don’t get me wrong I feel there’s a real topic of debate. Should you take photos of the overview of someone's bedroom when you're doing an inspection, or should it be purely focused on maintenance issues?

Equally, agents are doing a service for their landlords and the landlord sometimes wants to see that perspective and get a bit of a feel for it. With 360s it's about showing the likes of smoke alarms being present, light fittings working, the décor, and items in a room. That’s what 360 is great for. You'd never use a 360 to show that the oven was clean before or after, that’s down to your written word and your description.

Forward-thinking agents who are working with forward-thinking clients (such as inventory hive) know that when it comes to adjudication of deposits whichever deposit system, you're with, you don’t stand a chance unless you’ve got a detailed inventory. You'd be amazed at how many people still don’t understand the value of an inventory, they think it's ‘a nice to have an add-on'…. It's not just a nice add-on, it's essential if you want to see any part of your deposit. Without an inventory how do you showcase that the alarms are working, or there isn't Mold anywhere or the backdoor has keys, or the windows have locks?

All these things relate to housing health and safety rating systems or fixed human habitation so that’s a no-brainer. (Although selling inspection software you would say that)

Thank you, Richard Abbots, and thank you for reading.