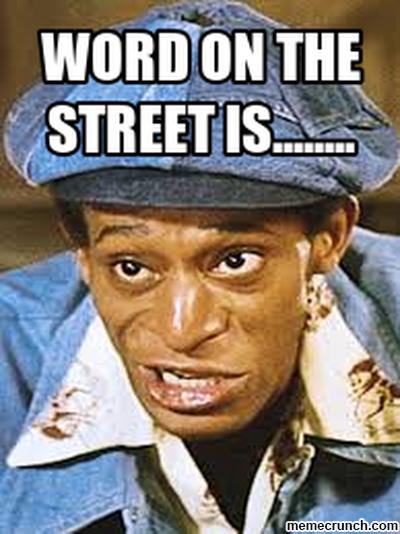 I was going to launch into a full Huggy Bear routine but I realised quite swiftly I'd end up delivering my Gerald Ratner moment ahead of schedule and so instead I'll just update you in the normal way.

Over the last few weeks in my role as resident PropTech Whaley Wonka ( I said Wonka!) I've been honoured to have been  invited to the unveilings of two new Tech propositions, both ostensibly very different in nature but actually I think part of a wider trend that I will like Columbo brilliantly unveil at the end to the deafening din of digital applause.

The first part of this tale involves the unveiling of The Depositary, this is the lovechild of Kristjan Byfield, the owner of Base Property in London. To, first of all, disclose my utter impartiality for Kristjan I have a bit of a bromance going on with him given he's about the only other left-leaning person politically in the industry. I have to pretend to everyone else that my Jeremy Corbyn leggings are indeed Obi Wan Kenobe.  As if that wasn't enough he runs a fantastic agency and shares my proclivity for fancy dress as anyone will see him rampaging as a Viking round the various events in the agency calendar. On top of all this, he backs so many charities including our very own Do It For Dom that I don't mind admitting I love the fella.

However, this wasn't going to be enough to give him a free reign with his launch of the Depositary promising to save anxiety, time and effort at the end of the tenancy process.  In fact, I was rather looking forward to tearing him a new one because I do love a good argument. So I was particularly annoyed that over the course of the two hours in front of a select group of suppliers like Raj from Fixflo, Suzanna from Acaboom, Ollie Gleave, Mal McCallion, Russell Quirk and industry stalwarts like Debbie Franklin, Eric Walker, Perry Power, Dave Seed, Nicky Stevenson and a host of others, that I and indeed they found so few things to critique.

I'm going to leave the full review to the launch of the kerfuffle guide in a few weeks time but believe me, this is going to be a no brainer for most of you out there. In fact, if we were critical of one thing it was that Kristjan had almost certainly underplayed how much ROI as possible from the numbers of hours saved over what most agencies do at present.  With a great price point, there's going to be a lot of interest and deservedly so.

The second unveiling was at the ICG meeting this week held at my old stomping ground Reapit towers in Farringdon. Now I'm under more legal restraints than I normally get at a night at the football as the full unveiling is later in the year, what I can say is that they had anticipated 200 places being enough, they're already at almost double that and so have already had to make more room and it'll probably still be a sell-out.  Now famously when I left Reapit last year to pursue my life dream of having my own pink fashion line I was honourably awarded the title of 'Reapit Ambassador',  I'm not sure what I get for that, presumably a nice hat and vouchers for WH Smith, clearly I'm not unbiased but equally I've always been known for straight-talking and what Reapit is unveiling there with its Platform as a Service  (PaaS) promises to be a gamechanger if it delivers on what we saw. Ignoring the rather wanky classically techie title the concept itself is laudable, as it deals with what has really been the CRM systems main weakness over the years that of 3rd party integrations. When it did them, it normally did it very well but what it couldn't cope with until now is the sheer explosion of companies wanting to integrate.

That all promises to change with PAAS, any company barring the most obvious of competitors will be allowed to use Reapit's platform to enable integration into RPS its award-winning system. It is a truly open API, like Dawson, their impressive CTO explained that simply doesn't exist at the moment in this industry. I will enjoy the bunfest that will naturally erupt from that statement as CRM competitors will join the fray to explain why there's is the most 'open' in the same way that I never understood when they all competed to be the 'cloudiest' of all the systems.  It's pretty irrelevant anyway because what it means for existing Reapit users is the key, no longer do they have to wait for the Caesar style thumbs up or thumbs down on whoever is lucky enough to be the preferred supplier. A good friend and ex-client of mine at Reapit years ago said 'I understand why that works for you but the truth is we're big enough and we know which suppliers are going to help us, its not for you to try to push us down a road we didn't want to go down in the first place. It was hard to argue with that sentiment and now Reapit has finally addressed that issue.

But its more than just that, I always used to say that Reapit were very rarely first to the market with true inventions but when they did launch something from an innovation front it would be pretty good, hence the old 'Tried and Tested' slogan that served us well for many a year.  If it launches as we were shown then its not just a gamechanger for estate agency CRM's but for CRM's everywhere including the granddaddy of them all in Salesforce. I've used Salesforce for years and as the worlds leading CRM it does 3rd party integrations through its marketplace and until this week I would have said best in class barring the ease of Apple's App Store which is in a very different space. This week PaaS revelation promises to raise the level not just of ease of use, but in terms of sophistication and how deep you can integrate the third parties into the core application RPS itself.

Anyway, as I said I've got my Ambassadorial VIP  ticket so I'm assuming they will be pulling my old hammock out of storage for me to witness the full launch. If you sign up on our website I'll be giving you the full review after that event.

The reason these two stories are linked is that this is very much the tech space landscape we now see, and its a crossroads. Innovation from the industry itself with PropTech's appearing at a rate of knots but always being held back from what they could actually expect to deploy at because of the oil tanker style limitations of the CRM's ability to integrate. If and its still a big 'if' this delivers as it should and it becomes the norm then it promises to be a solution to Estate Agents second biggest complaint around suppliers, we surveyed 600 offices of agents and their second-biggest bugbear was: 'Trying to get suppliers to work with each other and integrate is just so painful'. That was with 39% of the vote so it's a huge issue.

So it's clear to me we're destined for a golden age where agents whisper the word 'PropTech' as a soothing blessing to each other rather than the way its being spat out at the moment.  But then I've always been a dreamer.

Drop us a line if you're interested in knowing more about the Depository and we'll see if we can arrange an online demonstration of the system. Simon@kerfuffle.it

Have a good weekend and don't do anything I wouldn't do...