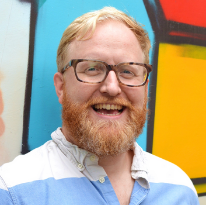 Mission Commander of The Depositary

Mission Commander of The Depositary

Kristjan started life as a professionally trained stage actor before, like so many, falling in to estate agency by chance in 2002. He fell in love with the job and launched Base Property Specialists with An Deckers in May of 2004 aged 24.

Base is a fiercely independent, lettings-focused agency located in Shoreditch, London which has won over 20 awards to date- the highlights of which have included a Gold Award at The Times 'Letting Agent of the Year' Awards in 2015, 6 consecutive Grand Prix awards at The ESTAS culminating in us being awarded the Zoopla Xcellence Award at the 2020 ESTAS.

In 2016 Kristjan and the team decided to start building The Depositary (developed in collaboration and later an exclusive partnership with TDS) with the aim of transforming the 'end of tenancy' process for agents, landlords & tenants alike which we launched at the end of 2019. He was appointed to the Board of the UKPA (UK PropTech Association) in 2019.

Krisjtan is a champion of estate and letting agents and of our profession, and he's a huge advocate of the value quality PropTech brings to the evolution of the property industry. He loves sharing ideas on best practise and and loves seeing fellow agents evolve and thrive. 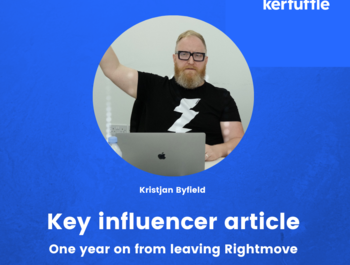 Key influencer blog - One year on from leaving Rightmove

Kristjan isn't a fan of business books. He comments "I totally get the appeal to so many but I have always found that a journey as an entrepreneur is so nuanced to who you are, how you work/think and the type/style of your business that often much of what is 'taught' by successful entrepreneurs is very unique to their life journey and circumstances. It can be dangerous to benchmark yourself against a titan of industry- I'm a firm believer of 'just do you'. With that said- I did enjoy reading Branson's 'Screw It, Just Do It' although drawn to this more beacuse I met him when young and we went to the same school, had the same tutor, etc."

"How you do anything is how you do everything." Although attributed to Buddhism he heard this from property mentor Peter Knight and it has stuck with him ever since.

"Don't be a dick!" This is Kristjan's personal business mantra - he considers how he would feel/react if he was on the receiving end of the decision/action he is about to make.