Key Influencer Article - Nick Neill: How will you reach for the stars? | Kerfuffle

Key Influencer Article - Nick Neill: How will you reach for the stars? 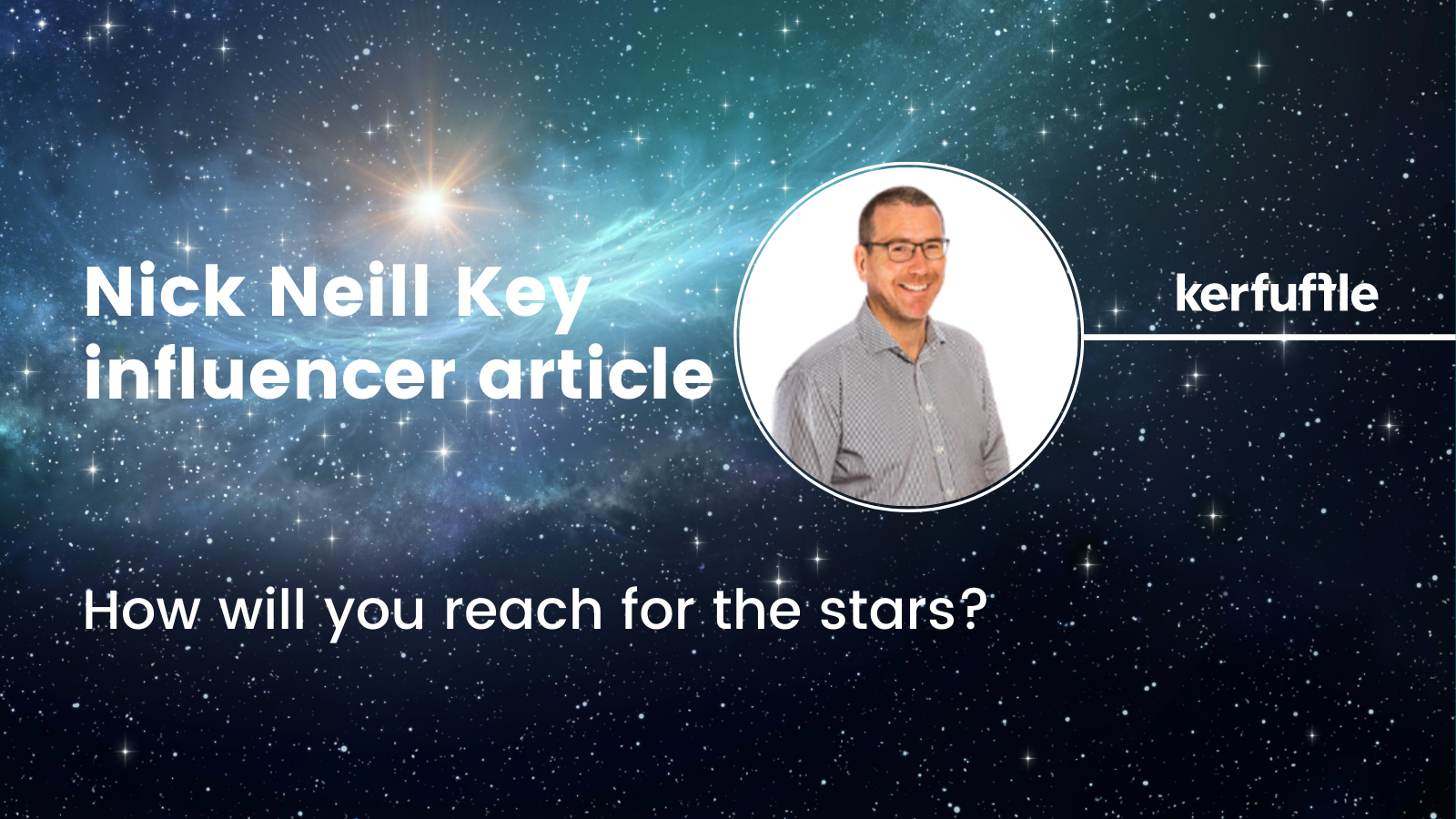 We've all had some time to get over what happened at Wembley Stadium on Sunday.

And while a minority of so-called fans disgraced themselves, the team and the management made England proud and brought a lot of joy to the nation.

I'm confident the young players will bounce back because they possess courage, a great work ethic and talent.

When you have those three things and the support of a great team, you'll go far in whatever you dream and do in life.

Talking of going far and fulfilling a dream, Sir Richard Branson recently took it to a whole new level.

The billionaire has successfully reached the edge of space aboard his Virgin Galactic rocket plane.

He flew high above New Mexico in a machine his company has spent millions of pounds and 17 years developing.

According to the BBC, Sir Richard said: "I have dreamt of this moment since I was a kid, but honestly, nothing can prepare you for the view of Earth from space. The whole thing was just magical."

It may have been Sir Richard's dream, but he only achieved it because of a dedicated team working alongside him to make it possible.

And just like England's young footballing lions, they have had plenty of setbacks on their mission to the stars.

They focussed on the long-term goal. The Football Association put the plan in place, for the success we're currently experiencing now, more than 12 years ago.

Success leaves clues for sure but weaved in and out of those clues are resilience, courage, focus and belief.

The belief aspect is two-fold. The belief that the long-term goal is worth achieving and possessing the self-belief to see out the storms that will undoubtedly come.

Mistakes will be made along the path to any big goal.

One of the goals many of our franchisees possess is achieving financial freedom and/or having the time to do things they enjoy.

I see our role at EweMove as a responsible franchisor to help make those dreams become a reality.

One of the best things about any good franchising company is that they've made the mistakes already, meaning their franchisees do not have to.

What's your big goal? It might not involve outer space, and chances are it'll be a lot closer to home.

But whatever it is, you'll need to possess some of the characteristics outlined above and crucially have that support network around you to achieve your own Big Goals!