Key Influencer Article - Nick Neill: What we can all learn from Gareth Southgate’s leadership | Kerfuffle

Key Influencer Article - Nick Neill: What we can all learn from Gareth Southgate’s leadership 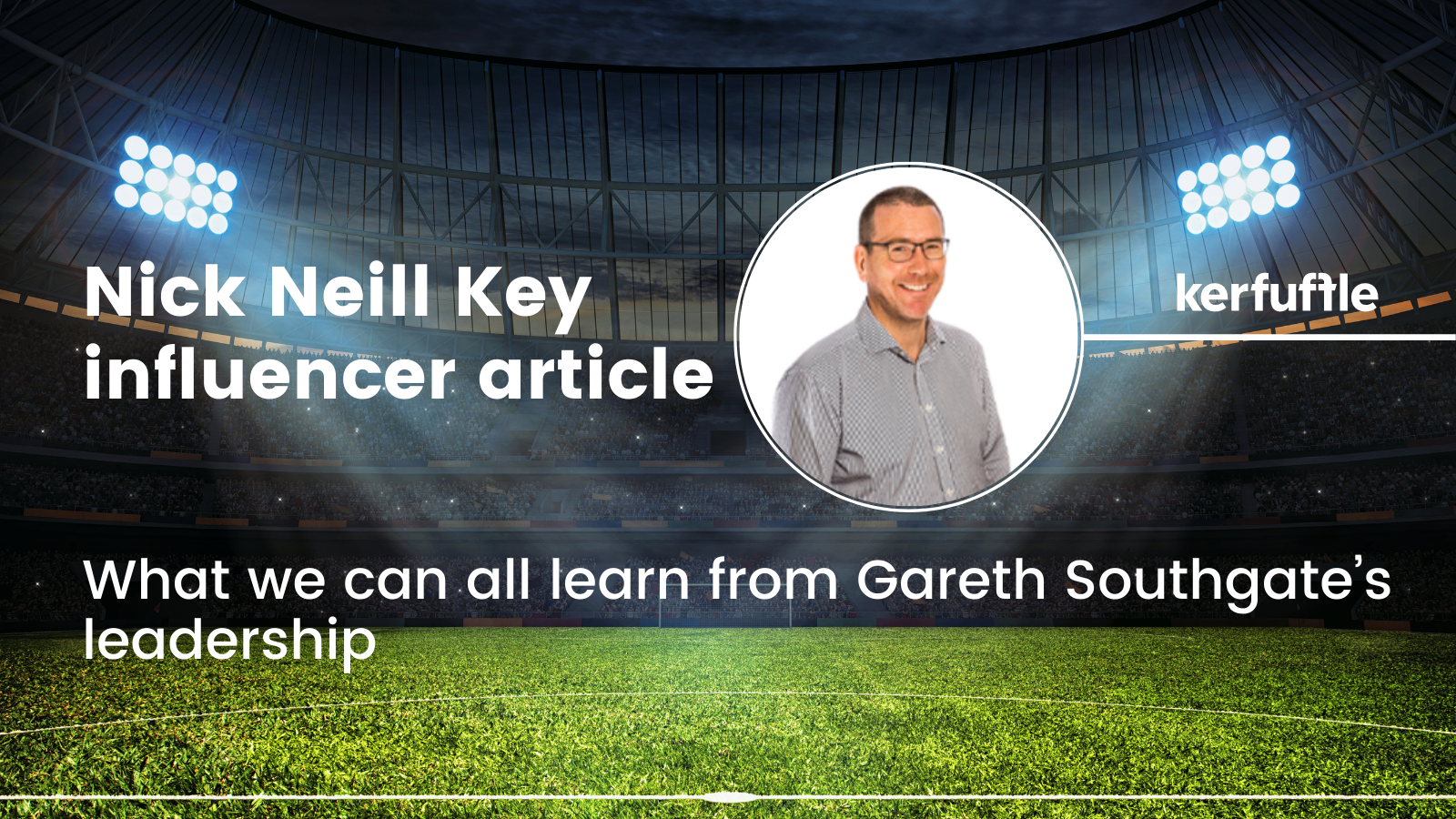 If England does reach the holy grail of winning the Euro 2020 championship, it will primarily be down to one person.

The manager of the three lions strikes me as being highly principled, quietly confident and possessing a steely resilience.

And under his leadership, England stands on the verge of history if they can get past Denmark on Wednesday and win the final at Wembley against either Spain or Italy on Sunday. What a week it could be for English football fans.

I watched a fascinating piece on the BBC website last week about Southgate. This got me thinking about what makes a good leader. Whatever the setting, be it sport or business, I think a good leader shows specific traits.

Consistency – A good leader knows what they want and is consistent in setting goals, the way they behave and the way they communicate with all involved. Southgate comes across as a competent ‘steady Eddie’ who knows what he wants and how to go about getting it. This steadiness gives an organisation an anchor and clarifies what to expect and what is expected from them.

Confident – The best leaders build a strong team around them. Southgate has been praised for the quality of his assistants, and that shows his intelligence. He realises that the leader’s job isn’t to be the smartest but to build a team of experts in their respective fields. He has the confidence not to feel intimated by introducing more capable people than him to his team.

Resilience – To bounce back from his infamous penalty shoot-out miss versus Germany in Euro 1996, he has shown steely determination. He’s also harvested a remarkable ability to shut out the noise. From my experience at the helm of EweMove, you need to detach yourself from detractors and critics. Of course, if the feedback is fair, I’ll take it on board, but a lot of it, especially on forums and social media, isn’t worth wasting your energy on.

Principles – Perhaps what impresses most people about the England manager is he seems a nice guy. But he has also shown his ruthlessness with his team selections. Having integrity and treating people with compassion and respect is underrated in the business world when it comes to creating and leading a successful group of people.

Let’s hope his rise and that of England continues all the way through to Sunday evening at Wembley and that football finally does, come home.

PS: My prediction for Wednesday’s semi-final is a 3-1 win to England.

PPS: What attributes do you think great leaders need/have?