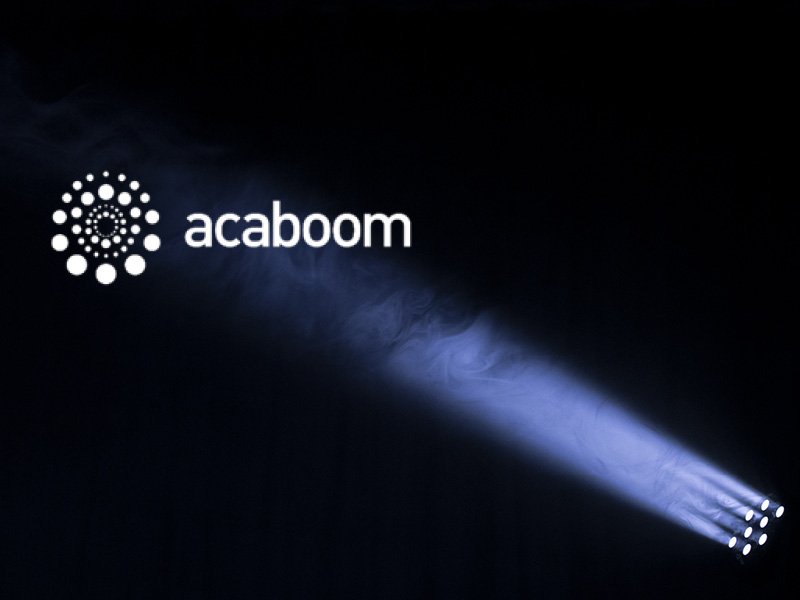 When I hear a suppliers name used very positively three times in the last 24 hours, then I leap on that like it was the last steak bake in Greggs. And when I hear this from three of the most influential agents in the industry today, I know it's worth sharing.

Acaboom is the company who is causing the jungle drums to beat.  Talking first of all to Stephen Grace of Kingshill's, the previous MD of JNP part of the LSLi clan, who has set up his new business. It's an interesting test of your supplier loyalty when you have the ability to re-imagine the business from the bottom up and still choose to take a supplier with you on the new journey.  He spoke lucidly and passionately how useful he found the system, with his keenness to get the Kingshill brand out there, ably supported by land registry data for that hyper-local perspective, Acaboom was the perfect partner to guarantee the consistency of delivery.

When only 1 in 7 vendors returns to the same estate agent they used previously it's clear that this soft endorsement of your company's brand is incredibly valuable in driving a greater level of return business. That stat, by the way, came from Heather Staffs of the brilliantly titled Spectre, but we'll be dealing with that special company soon in their own right.

Then on the incredible Kerfuffle Podcast available literally everywhere, I was talking to Luke St Clair of Knightsbridge Estate Agents. Luke is one of the most innovative agents around, having spent a lot of time studying the Australian market in detail and honing and implementing the best methods for the UK market with great effect.  We were chewing the cud about how Acaboom was one of the very few supplier solutions that actually helped out at the appraisal stage of the business.

It's staggering that for the most important part of the business, the one area where even a 1- 2% increase in conversion ratios can have the most dramatic effect on turnover, there's little out there. Maybe I've just become too myopic and twisted in my old age and I'm missing options, I'd welcome any suggestions?

And the last member of the Acaboom fan club I heard from, was Matt Nicol of the uber impressive Nicol and Co. I'll not ruin the rest for you as its detailed brilliantly here in this interview from the Acaboomers. Spoiler alert, it's remarkable that he is getting the same conversion rate now, digitally as he was before lockdown, and believe me this is one serious player in whatever market we're in.

If that's not enough to make you rush to the Acaboom section of our site here, to see what fantastic offers they have for Kerfuffle members, then you need to stop watching documentaries about American Tiger lunatics and get back to work. View the Acaboom profile.

But as if that isn’t enough they’ve brilliantly responded to the needs of the market and created an Acaboom lite product at an unbeatable price. As always, mention ‘kerfuffle’ for the best deals.

What else do you need to know about Acaboom?

So what does Acaboom actually do? It brings an agent's key selling points to life in visually impacting presentations and emails that are supported with clever market intelligence and tracking tools so you know who to communicate with and when. Agents use it before, during and after the market appraisal stage to create a lasting impression on prospective clients. Its digital, visual presentations are said to increase the viewer's information retention rate from 10% to 66%. This is supported by a series of emails triggered at important touchpoints to keep reinforcing your key messages. These emails can contain hyper-local reports using data from the land registry and other sources. With a 1% unsubscribe rate across the board their content clearly has its readers hooked.

Measuring it’s ROI is pretty straightforward. Compare how many properties you were taking on before using Acaboom and how many you are winning after deploying their content. Thomas Morris did exactly this and their conversion rate before Acaboom was 34% and this leaped up by 17% after Acaboom was introduced. Farrell Heyworth has noticed a 20% reduction in cancelled market appraisals now that they have Acaboom in place. So there are real tangible ways of measuring this supplier which is always important when choosing to work with a supplier.

What’s their training like? They have account managers who provide support and training to give valuers the confidence to use and present the information. It starts with a brainstorming session where everyone agrees on the company’s USPs (often a highly debated session where inconsistencies in how a brand is currently presented become very apparent!) and once the sales pitch is agreed Acaboom then work their magic to bring this to life.

What they’re doing is clearly magic – the stats speak for themselves as does the feedback from their users – check out their latest reviews and video reviews. A self confessed ‘old school’ valuer, recently admitted to nearly crying when she smashed her i-pad just before entering a market appraisal – it’s that good!!

Deal - kerfuffle Kick Start
Get a full market update to your database of previous market appraisals along with a refreshed proposal of why they should choose to instruct you. All you need to do is sign up via kerfuffle!

Adios for now my glorious kerfufflers.....