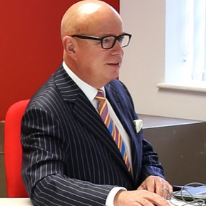 Bob started work at the age of 19 as a sales negotiator with a small independent estate agent in Milton Keynes called Taylors. He stayed with Taylors until he was 32. By that time the business was owned by Hambro Countrywide, it traded from a network of 70 branches and he was Deputy Managing Director.

Since 2016 he has owned and been Managing Director of Callwell who help estate agents do the most important thing that they do - making first impressions count. In the same year, Bob co-founded Noa Recruitment who help Tech Employers find talent of a quality that they can't find themselves.

Bob is also a Non Executive Director of Farrell Heyworth; an eighteen branch Estate Agency network in the North West of England.